I have stated the sources for my writing on elder abuse here.

There is a growing need to raise awareness about older adults’ plight throughout the world by disseminating information on it. My writing is a small contribution to that effort and should be seen for no other reason. I have discussed elder and elder abuse in developed and rich nations here.

This writing focuses on the five main forms of elder abuse in developing countries like Nigeria. Then it suggests strategies for early interventions. Finally, it explains why yesterday’s societal norms failed to bear on the evil, the government’s role, and the hope for the future.

Elder abuse is the outcome of two unfortunate circumstances in developing nations, particularly Nigeria. Endemic poverty in general and high unemployment among the younger generation  – the group generally responsible for eldercare – are at the root of elder abuse.

The second cause of the abuse was the adulteration of indigenous cultures by the western type. As stated elsewhere in this website, the hybrid culture involved relocation to the urban areas where employment and western lifestyle existed. The land and the care of the aging parents were the first casualties of the new ideology. With an eight-hour job, who had the time to care for parents or the farms?

Thirdly, the women’s flight, the primary family caregivers, to urban areas searching for employment and the western form of lifestyle further eroded labor division in the family with eldercare the victim.

In a traditional African family setting, caring for aging parents was an obligation, and parents’ abuse a taboo. But the pressures of poverty and the effects of unemployment or both could induce some abuse, particularly physical.

Considering the weight of Nigerian family pride and honor, monitoring and reporting elder abuse is difficult, even in the face of abject poverty.

Besides, some form of elder abuse like sexual has zero chance of happening in a Nigerian family setting, in the first place, now or before.

Who could be the culprit, you may ask? Could it be the healthcare workers, including native and juju doctors, family members? Chances are zero.

However, these days, it is possible with the new technologies and the new ways of worshiping God, where, for example, a ‘man of God’ could assert that he “takes care of the spiritual needs while the victim was expected to take care the physical needs.”

Financial abuse was rare then. Money did not possess the same value or charm as today.

A misguided son or family member, a swindler, could embezzle money or sell properties belonging to an aging person for many reasons.

Raising one’s hand on the elderly parents, a form of physical abuse, was a no-no, for fear of retribution from the gods. But with no fear or respect for the gods (now, God is loving and merciful and can look the other way), it can happen.

But the rest – neglect and emotional abuses could occur from a misguided son or family member, rarely from a daughter. Remember, taking care of the elderly was and still an obligation. The compliance with those norms is etched in the DNA  of Nigerians and developing countries.

With the secrecy level in a typical Nigerian family, how could detection of elder abuse be possible? Not too fast! One should understand that Nigeria is a communal society, your ‘brothers’ keeper.’ So it is in other developing nations.

Your immediate family members and neighbors are part of the family. If in the morning, for example, you don’t see a family member or neighbor, somebody must investigate to find out if something was amiss. In such a setting, it would be difficult to hide abuse or anything particular to the weak from the rest of the community.

Whatever evil that goes on in a household will be revealed to others through, at least, gossip.

How are prevention and intervention carried out? Pre-culture adulteration, the village council settled cases where culprits were forced to change behavior. In fact, the village will be involved if the family could not find a solution.

These days, things can be complicated due to the hybrid culture’s effects or rather adulterated culture. The first thing would be to invite the police. In my experience, there had never been such an instance where money did not exchange hands. Your ability to pay ‘bribe’ is a major determinant in inviting or not the police.

Hope For The Future

The only thing that can induce parental abuse – neglect, emotional or physical – is poverty or lack of the means to provide for parents. As stated earlier, parental care is etched in every Nigerian or children from developing countries. It is an obligation!

As long as the world’s economic downturn and that of Nigeria and developing countries go unchecked, the high unemployment rate among the youths and elder ‘abuse’ in third-world countries will continue unabated.

The opportunity to send or receive money from overseas relatives has been in decline. One thing is certain, though – the world will eventually climb out of the high unemployment as has been done in the past. Individuals, organizations, and governments are waking up to the realities of elder abuse.

Reports from WHO and accounts from the developing countries’ indigenes show that elder abuse is a worldwide phenomenon. There is no denying it.

Unfortunately, third-world countries pay little or no attention to it, leaving the burden to the family members.

Considering the health-deteriorating effects of elder abuse and the high longevity of aging seniors, individuals, organizations, and governments must be involved, taking necessary actions to eradicate elder abuse.

This would include adequate training for the healthcare personals, the elderly peoples, and concerned citizens on recognizing elder abuse and what to do if and when it occurs. Family members should set aside family shame and report it to authorities.

I hope you learned one or two things about elder abuse. If so, please drop me a line about it.

Please share your thoughts about this post in the Comment section below.   I would love to read them! If you have some experiences with elder abuse in any developing country and prefer to share them here, you are welcome. 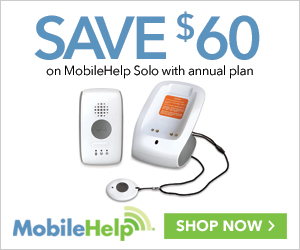 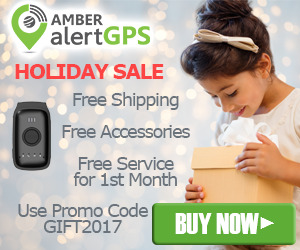