HomegeriatricsRobots – the future Of The Elder Care? 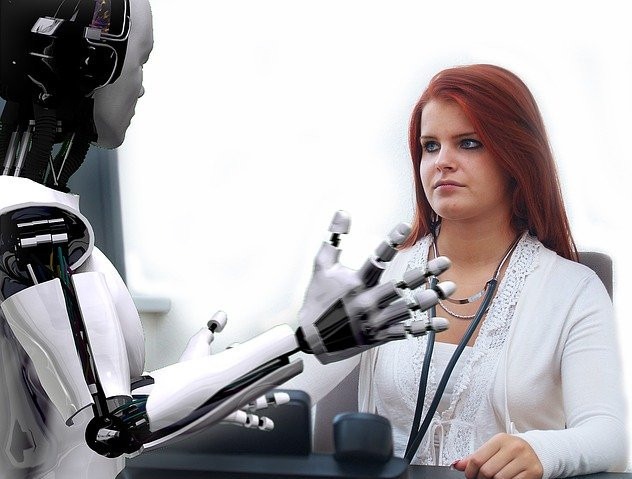 A Robot Interacting With a Nurse

Do you know that in some Asian countries, women are being encouraged to marry more than one husband? Why you may ask?

The answer to this question will explain why Robots will be the future of eldercare.

What is fueling this dangerous trend of a shortage of humans?

Previously, when males and females reached the adult age, marriage, and raising the next generation were the next goal in their lives.

But now, many adult men and women don’t think about marriage before college and some will devout their lives to their carriers after college.

Some young men and women would like to enjoy life to the fullest, testing as many as possible the opposite sexes before ‘burdening’ themselves with married lives.

What they call enjoyment are drugs, alcohol, and abortions.

By the end of them all, the unfortunate victim of this line of thinking and behavior will be the toll time has taken on child-bearing age.

Then, the only choice is applying unnatural science and technology in the way of artificial insemination, adoption, etc.

My question here is why can’t education or carrier be combined with raising a family?

I happened to be one of those who believe that an educated society has educated mothers.

Therefore, education and raising a family must go hand in hand applying the necessary accommodations.

Currently, there is stiff opposition to combining childbearing with education or carrier ensuring future shortage of young adults to carry on the work of the future.

Who will take care of the growing population of elderly people? There is no other choice than develop technologies that can aid or replace humans in the work of the future.

This post is devoted to Robots as the future of elderly care.

The Current State of Technology In ElderCare

Senior citizens are now cared for in either their homes or one of the many available care facilities.

So, what is the role of technology in elderly care? Let start with remote monitoring devices.

The carrier bound sons and daughters of many elderly parents, don’t have to live with the parent to keep an eye on things.

With devices like the AmberAlert GPS, they can watch the whereabouts of or communicate with the parents, no matter where they may be living or working.

With MobileHelp an ambulance can be summoned any time to take the elderly to the emergency room, doctor, etc.

In some cases, doctors don’t need to be physically present or go to the patient to be able to monitor and diagnose some vital signs.

They use devices like digital thermometers, blood pressure monitors, and fitness trackers to accomplish the same tasks.

Since the COVID-19, my wife has not visited her physician. Everything is done remotely including ordering her medication and have it delivered to our house.

The use of an activity tracker or a smartwatch can help an elderly person monitor her activities or reminded her of the time for an activity or take her medication.

Do you know that it is possible now for a surgeon in one country to aid another doctor in another country to perform surgery?

It is possible thanks to remote sensing.

An elderly person doesn’t have to be lonely or isolated in his/her house anymore.

The senior citizen can now visit a friend or attend meetings, order grocery items, cooked food, keep up with friends and family online, thanks to social networks like Facebook, zoom, facetime, and Instagram.

Current technologies described above will continue to be used to aid humans in caring for elderly people.

But devices that can do or perform the work of humans in elderly care are being developed.

I am talking about the development of Robots for eldercare.

If you visit any car-assembly line or high-end hospitals you can see robots and withness the work they can do.

These ‘machines’ are being developed due to imminent/future shortages of humans in elderly care. And they also possess certain qualities humans don’t have.

Robots can’t complain of too much work, ask for vacation, or go on strike. Its work is precise, as designed and programmed.

Why Robots – the future of eldercare?

In some parts of the world like Japan, the aging population is growing faster than the younger generation.

In Japan, in particular, the severe socio-economic pressures are worsened by the shrinking population.

It is the field of eldercare that is impacted the most. Why?

Many Japanese are aging out of their working years, with few children born to replace them in the workforce and pay the necessary taxes that support government activities.

According to U.N. estimates: as of 2050, the global over-65 population will rise by 181 percent, while the younger generation will shrink

Therefore, the need to find alternatives for elder care is worldwide.

After careful diligence, robotic care was believed to be the answer to the diminishing elderly caregivers.

It has since been pouring millions into the development of different types of robotics, in eldercare.

Initially, the robotic caregiver was met with skepticism and doubts. Please listen to the following people:

2) For the homes, you may have something like augmented wheeled walking support systems with monitoring capabilities, autonomous navigation.

They may possess the ability to adjust their heights to facilitate getting up. There might also be a lot of autonomous helpers.

3) Also in homes, there may be smart appliances like the stove, that can turn themselves on to start cooking or off when not in use.

Refrigerators will be able to check their contents for spoiled food items, adjust the temperatures, etc.

4) For companionship and to provide comfort, you may have autonomous pets.

5) There may be smart rooms and buildings that will know and alert authorities if something goes wrong.

Elderly Care Robots Already In Use

The first type of robot for elderly care was a seal-like robot called Paro.

It is touch-reactive designed to keep dementia patients occupied.

The major problem with Paro – it was very expensive. Price has begone to come down.

The next Robot in line was Paleo, a great improvement in cost and functionality to Paro.

Paleo can coo and chirp. And it can engage the elderly in some activities that improve the quality of the minds.

Some of these activities are: playing games and dancing with the elderly.

At this time and for obvious reasons, the need to have robots in the shape and look of humans arose.

The intention here was to make an elderly person feel comfortable unloading their problems to a machine. 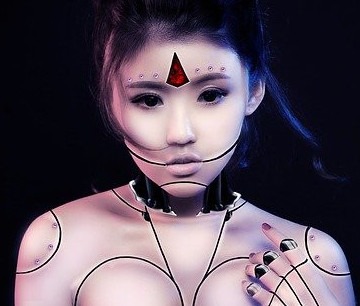 A Robot built to resemble a human being.

This led to the invention of the robot ChihiraAico, designed to look like a  32-year-old Japanese woman.

On June 20th this year the latest release called Pepper, a humanoid creature that can read went into the sale.

Most amazingly, Pepper can also respond to human emotions. It is at its best when involved in a mental engagement with the elderly. This was a breakthrough.

Lest I forget, last year RT Works of Osaka released the robot, Encore Smart, an assisted walker that can take a patient across rugged terrain.

And this year the Riken Institute and Sumitomo Riko Company in Nagoya released their latest Robear, a bear-shaped robotic nurse that can gently lift patients of up to 176 pounds and carry them around.

Other robotic technologies can wash people’s hair or watch for breathing or movement problems.

They can also help reduce the back injuries that up to 70 percent of professional Japanese caregivers encounter on the job.

And it can potentially give the elderly their mobility and freedom back.

As mentioned earlier, the development of robotic technologies does not belong to Japan alone.

Companies, universities, and private enterprises worldwide have seen the possibilities and the money that can be made in robotic technologies and not allowing the opportunities to slip by.

But Japan is still the leader.

This section of the post considers the question, “Is it ethical to turn over caretaking responsibility for the elderly to robots?”.

Put differently, is there a situation where turning the elderly care responsibilities to robots ethical?

It is not ethical is the consensus. Exceptions are in order where the population of the elderly is rising faster than the birth of children that will replace them in the workforce.

Scott Kelbell, Systems Engineer (1973-present) September 2, 2019, answers: If you warehouse the elderly, for whatever reason, you are neglecting your responsibility to them.

They gave you life. They invested an enormous amount of time, money, energy into your growth, and survival.

And then reminded the world that only people can love. Organizations can’t, the state can’t, companies can’t, etc. Certainly, machines cannot. Care arises from love.

The elderly need human contact and interaction as much as anyone else. Babies can suffer from Reactive Attachment Disorder, or die from Failure to Thrive without human contact.

“Why do you think solitary confinement is considered a severe form of punishment for prisoners?”.

Finally, we end this discussion with Ann Sockol’s Caregiver Coach at Caregiver Lifeline (1999-present,) September 2, 2019 description of what caregiving encompass:

A computerized machine cannot be human and will always lack the human touch.

Yes, Robots are the way of the future in the elderly care industry.

Robots are now accepted as part of our lives. Improvements and new designs will continue for a long time in the future.

It is the consensus that robots can’t be and will never replace the special touch of humans in elderly care.

The design, production, and use of robots are needs, borne out of necessity with no viable alternatives.

Thanks for visiting our site.

Please share your thoughts in the Comment section below.   I would love to read them! If you have some experiences with elderly care robotic machines and prefer to share them here, you are welcome.